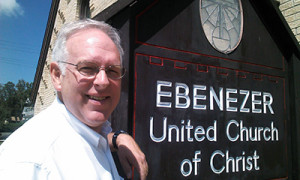 I come to Ebenezer UCC answering God’s call to serve wherever I am needed. I bring with me countless experiences that have directly and indirectly formed who I am today. I bring those experiences with me using what I have learned in the past to help me live into God’s bright future as a faithful disciple of Christ.

Growing up in the 60’s in Grand Rapids, I watched riot police patrol my hometown during race riots. I learned the world can be a dangerous place. During the 70’s I found marriage, the Navy, and new people from all parts of the world. I learned God’s creation is a place of variety, justice and injustice, and great goodness.

The 80’s brought forth three children (Rob, Laura, and Heather), loss of my father, baptism, job loss, education, and job found. I learned God is with me in all times and situations in life.

The 90’s were a time of growth and pain, answering the call to seminary and ministry, moving from Nebraska to Wisconsin, and many, many hours of study. I learned I believe I am Superman, that I can do all things and do them all well. I learned I was wrong. I am not Superman. I am not God.

The 2000’s, a new a new millennium, brought divorce, seminary graduation, answering the call to Elkhart Lake, a new marriage, and kids graduating from tech school and college. I learned to trust God in good times and in the most difficult times (personal and in the church).

The core of who I am today is the result of God preparing me to be here with you today. I will not stop growing and learning under the protective watch of our God. I will learn from you and together we will share our pasts and our dreams for the future. We will walk into the future as faithful witnesses to God’s steadfast love.

I am who God has prepared me to be. 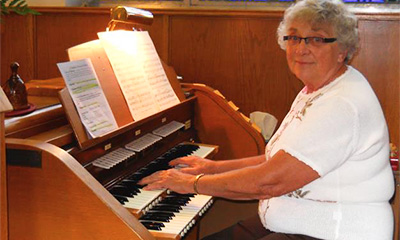 Elaine retired in 1995 from 37 years of teaching elementary students in rural Fond du Lac County, Two Rivers, Menasha, Cudahy, and Fond du Lac School District. The longest tenure was 27 years in Fond du Lac. She had been involved in church music for most of that time and played piano. Most of the formal keyboard lessons were on the accordion. However, she was mostly involved with organ, piano, and choral aspects at my home church, St. Paul’s United Church of Christ, Malone. In 1995, she began directing the Chancel Choir at Ebenezer when the Music Director, Jeris Waldvogel, took on additional responsibilities directing the handbell choirs. As Jeris’ health began deteriorating due to cancer in 2003, she assumed part of the organist’s role and relinquished directing Chancel Choir. In 2005, when the director that had taken over for Jeris moved out of state, she took over directing the two handbell choirs–Sound of Light and Ebenezer Brass. She assumed this role, with the help of Ruth Aebischer, on an interim basis until another permanent director could be found. With no one coming forward to direct the handbell choirs, she has taken on the director’s position full time.

She is delighted to play the organ, participate in the bell choir, and be involved in Ebenezer’s general music program.

Outside of music, she enjoys spending time with family, gardening, giving piano lessons, doing school tours at Heritage Orchard, and being a best ‘pal’ with her sheltie rescue dog, Sasha. 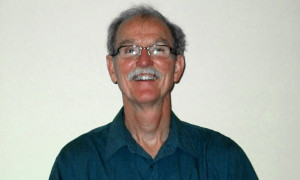 Hi! I’m Don Pingel, the inside janitor and grounds keeper. I am married to Donna, and we have three adult children and two granddaughters and two grandsons. I like to sing special music for Sunday worship service.

Administrative Assistant to Ebenezer. Ashley has years of administrative experience and comes to us from St. Peter. She lives with her three young children and beloved dog, Rosie. Her favorite past times are landscaping/gardening, spending time around the fire making smores with family, and traveling. She loves to be outdoors but does not like the cold, Wisconsin weather! 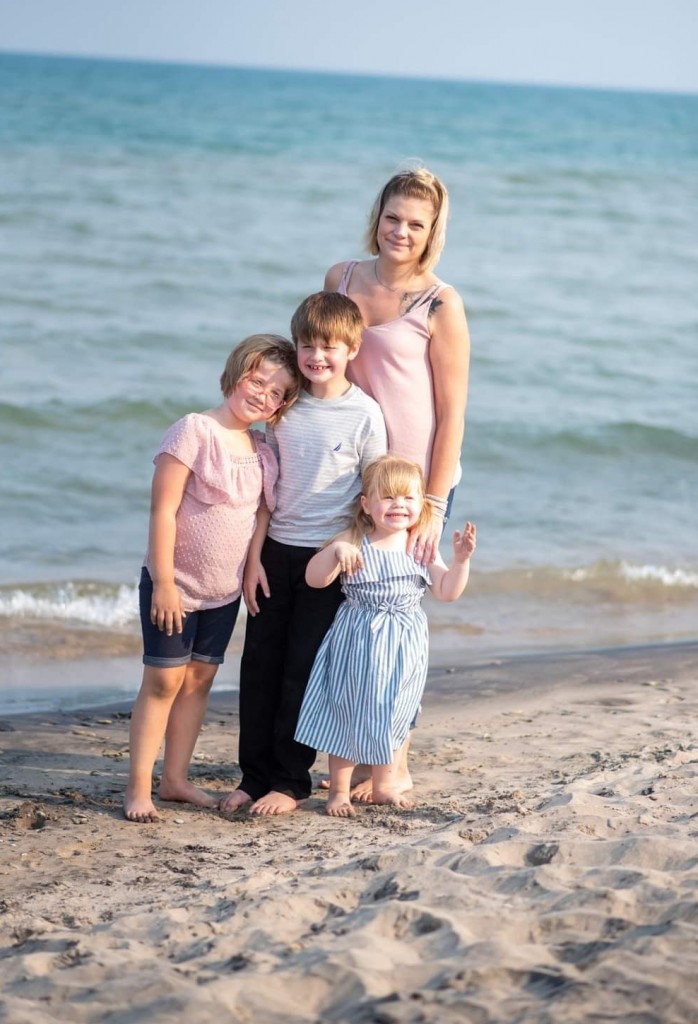